Whether to kick or not in swimming 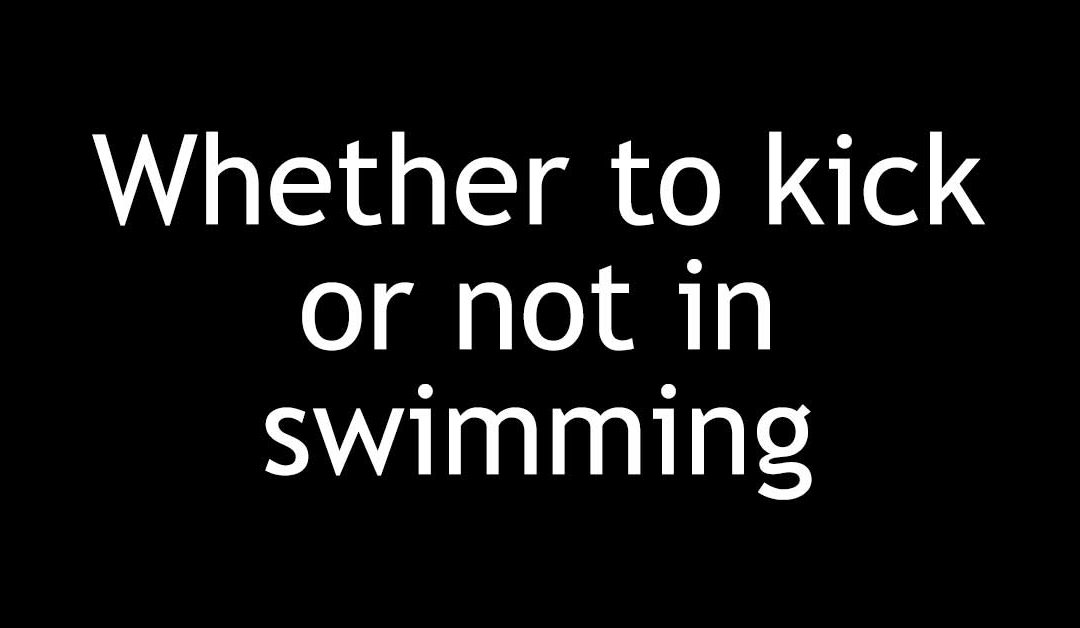 There is much debate on whether the beginner triathlete who is a week swimmer should spend time developing their kick. Some schools of thought are that because most beginners are time poor that it is more important to just focus on the front end of the stroke as here you gain the most improvement to times as it accounts for the majority of propulsion (forward movement through the water).

Where other schools of thought suggest that kicking is a part of swimming and detrimental to the overall swim stoke as it plays a key role in body position in the water and that in turn is one of the most common issues Triathlete swimmers have is sinking legs that create drag making swimming even harder.

I don’t think there is a right or wrong answer here but in my opinion, each person’s individual circumstances would ultimately decide on what they should/can focus on. But at the end of the day kicking is a part of the swim stroke and swimming is a part of Triathlon so if you want to improve spend 5-10mins at the end of your swim session doing some kick and that alone will make a big difference.

Thanks for taking the time to read!