I have toed the line 4 times at this race with solid podium finishes but on Sunday I got to break the tape at one of the hardest courses around. In past races, I would get off the bike having to make up time for the leader/s and usually be closing the gap but run out of the road so to speak.

This year I wasn’t going to play the same old game. I was determined to make this my year to win so I had to change up my game plan and test my ability by taking some risks. I knew by doing so it was going to make or break my race but it was a risk worth taking for the chance to walk away with the win.

I have always put this race on the ‘must-do list’ when planning my race calendar for the year because its location is ideal for a great race and has plenty to offer in terms of things to do and see if you want to do some adventuring. My preparation wasn’t great due to a cold but it didn’t affect me on the day. This is how the race played out through my eyes. 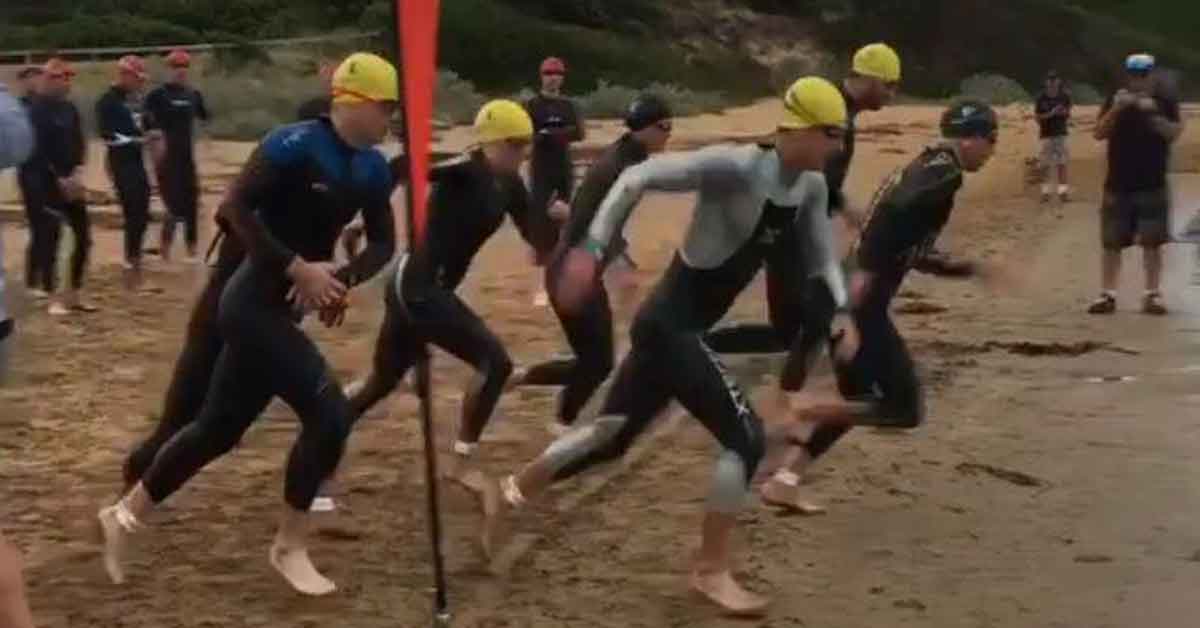 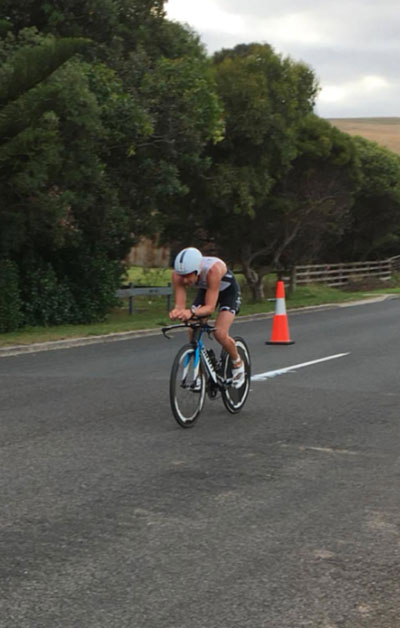 This year’s swim start required a short run into the water allowing me the chance to get a good start with Leigh Stabryla and we managed to make a gap on the rest of the field which included 4 x IM Champion Eduardo Sturla and ex-pro cyclist Kyle Lierich. I got out of the water in 2nd place just seconds behind Leigh.

Onto the bike, I wasn’t going to waste any time I got straight onto the pedals soon overtaking Leigh and riding HARD to get away from him and the guys behind him who I knew could ride. The course is an undulating 4 lap course with a difficult climb in it and 3 U-turns which allow you to assess how you are going.

At each turn, I would ride harder with the motivation of making more time on the rest of the field. I got to T2 in first place with a handy lead (and the fastest bike split) on the guys but I laid everything down on the bike so I knew it was going to be survival on the run.

The run course is quite difficult as it challenging to get into a rhythm with some sharp inclines and declines, several variations in surfaces, and twisty sections. These factors combined with the difficult bike leg make for some slower run times.

It can be difficult at times to gauge how you are going as the pace is low but that doesn’t necessarily mean you are running bad it’s just a difficult section so you almost have to throw out the GPS and go old school and run to Perceived effort. I did exactly that and just ran as hard as I could and focused on my form and the race rather than clock watching. The run wasn’t pretty but I managed the fastest run split and hold off the guys to come away as a Sufferfest Champion.

I don’t know what I was happiest about. Winning, being at the finish line, or seeing the kids smiling faces!

Thanks to the Event People for putting on another great weekend of the event and my family, friends, and sponsors for their continual support.