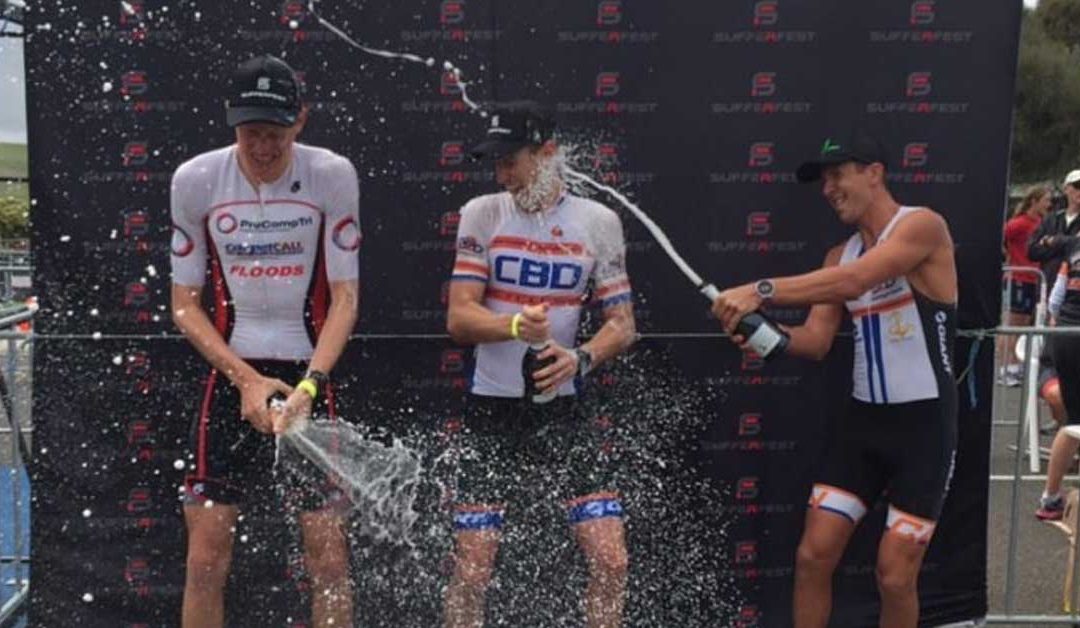 In its 4th year of running Warrnambool’s Sufferfest had record times and participants. It’s a very honest and challenging course that gives all levels of athlete the chance to race over a different course compared to most Victorian races which are based on the beach road. If you don’t think you are up to the big one there are heaps of other race options available over the weekend!

3hours from Melbourne may seem like a long way to travel but it’s an easy drive to do as it’s straight down the freeway and with plenty to do along the way to break up the drive like stop into Geelong, Colac, Camperdown, and Warrnambool itself has plenty to see and do. Or you can take the scenic route along the iconic great ocean road!

It was bitter-sweet to finish 2nd this year. I was in good shape leading into the event when my knee started giving me pain 3 weeks out and forced me to take some time off at a very crucial time in my preparation. Luckily it settled down quickly and I was even able to race, which I wasn’t sure I was going to be able to do a week out from the race.

I have been working on my swim leg which was evident the work has paid off when I stuck with the lead group and was 2nd out of the water! I don’t come from a swimming background so to those out there in a similar position (90% of Triathletes) there is hope!

I was in the best position I could be in.

I was first out of T1 onto the bike

Going up the hill Walsh (who I knew was a real threat but I didn’t know much about his style or strengths) came flying past up the hill grinding away out of the saddle so I stuck with him. We were swapping turns (legal racing distance) leading the race and I looked back to check where Rodgers was (I am very familiar with how he races as we have met twice in the past at this event which both times saw Rodgers power through the bike leg and me making up ground on the run) and I couldn’t see him anywhere so things were going great!

There is a long downhill section on the course where Tom much has made a move to catch back up to us. We rode together for 1 lap when I made a very silly mistake of going to grab a drink bottle from the aid station at the bottom of the hill when I dropped 2 and the boys made a well-played move up the hill and dropped me. With my lack of top-end fitness, I knew I wouldn’t be able to bridge the gap and if I was going to win I was going to have to rely on my run (which wasn’t in great shape) and Tom not running well. Deja vu!

The run is a tough one ( it ant called Sufferfest for nothing!) its got some sharp hills that wind through the trees on the coastal trail which makes it difficult to get into a good rhythm and see where your competitors are.

I overtook Walsh Pretty early on the first lap and he looked like the bike had hurt him. I was making time up on Rodgers and was on track to catch him but I too was hurting and slightly laboring. I knew my fitness wasn’t there and if I was going to catch Rodgers, I was going to have to do it on Grit! At the 15k mark which is the final turn. I think I was 40seconds behind. I could see Tom was putting in an effort to hold me off and I just couldn’t match it. I had so much support from the crowd and fellow competitors giving me splits and encouragement! It was very uplifting and I am sorry I didn’t come through with the goods!

Congratulations to everyone who raced and finished! And thank you to the event organisers and volunteers for putting on a great event and last but not least my sponsors + supporters who make my journey possible.