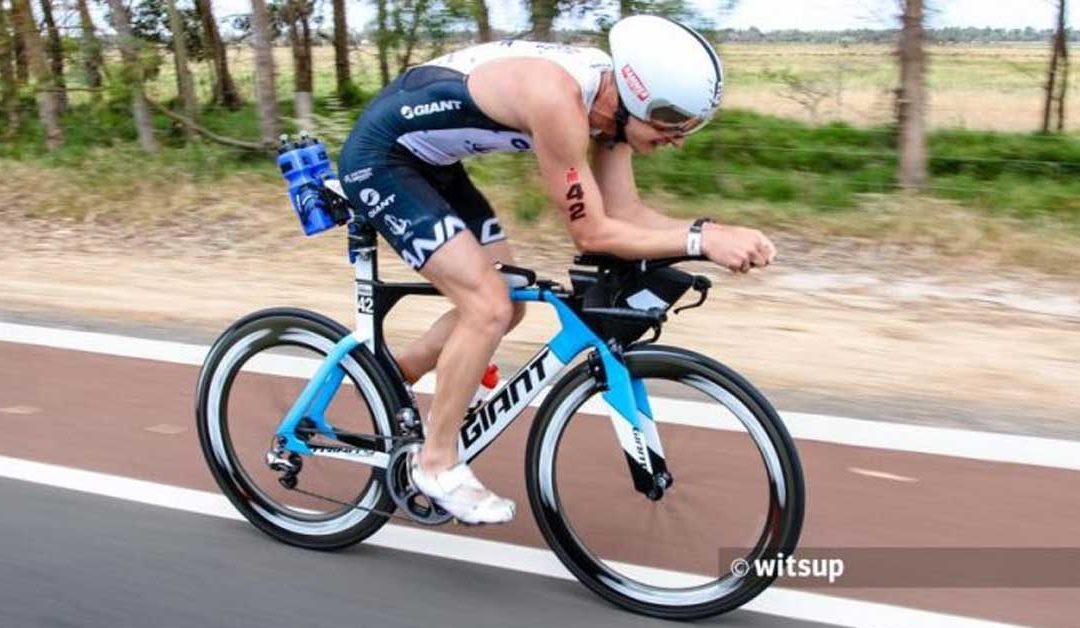 After missing the first half of the year with some ongoing niggles, I decided to push my boundaries and do three Half’s and two full-distance races in the second half of the year which is typically what I would usually do in one whole year in the past.

Doing two Full distance events 2 months apart was an unknown for me but surprisingly I felt great in my taper.

When I woke up race morning I felt very tired which was a little unusual but it didn’t affect me at all.

On the start line, I was ready to go, I ran hard off the line and 50 meters into the swim, I got knocked in the face and both goggles flooded with water so I had to stop and fix that. Not a massive deal in an Ironman really but not a great start.

I felt pretty good in the swim, it’s not my strong point but I held onto the 3rd pack till about the 1.5k mark then I took the front position of the pack.

Onto the bike and again not a great start when I lost my rear drink bottle mounting my bike. These things happen in racing and you cant’ let it affect you, you just have to stay calm and come up with a plan to overcome it. I think it is very rare that things go 100% to plan during an Ironman.

I rode HARD out of T1 to try and catch the guys in front, once I got an idea of where they were, I realized I wasn’t going to be able to catch them and a small pack of three including Evoe caught me from behind. We rode legal but together for about 60ks (this is one thing that takes A LOT of getting used to when going from AG to PRO field racing. Everyone is strong so you can’t just time trial away from your opponents. It’s very tricky).

It was here that Evoe split the small group we were in by attacking off the front just after an aid station. The others in the group were none responsive to his attack and I knew it was very important for me not to let him get away. I gave it my all to try and bridge the gap but I just didn’t have it in me. Evoe is a very strong and experienced athlete and this situation is a testament to that. I was now in no man’s land for basically the rest of the race.

After some confusion with the turning point at the 90k mark, I stopped at the special needs to grab some fuel, as I had not trained on Endura so I wasn’t about to start using it in this situation. As a guide for anyone reading my blogs who are starting out, don’t ever try something new race week!

Toward the end of the bike leg, I was overtaken by Cross but I was too fatigued to do anything about it. The cumulative load of the hard ride had taken its toll. 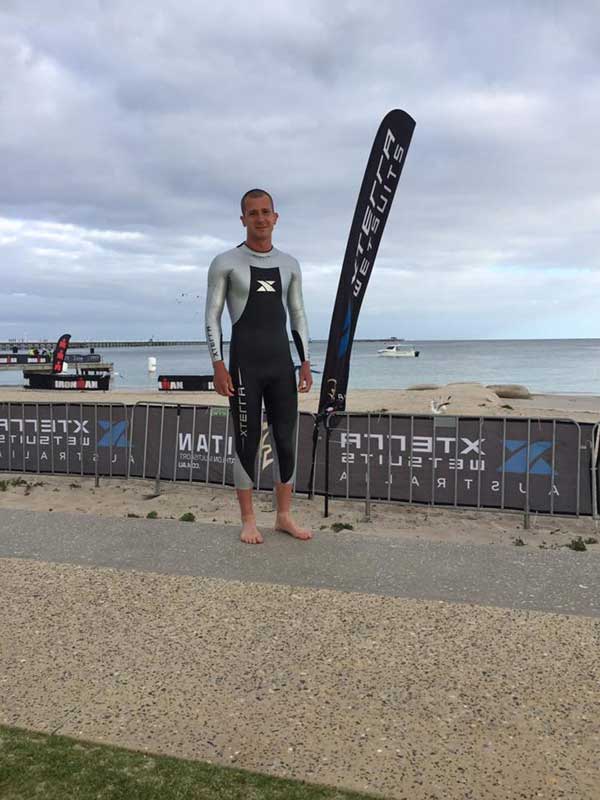 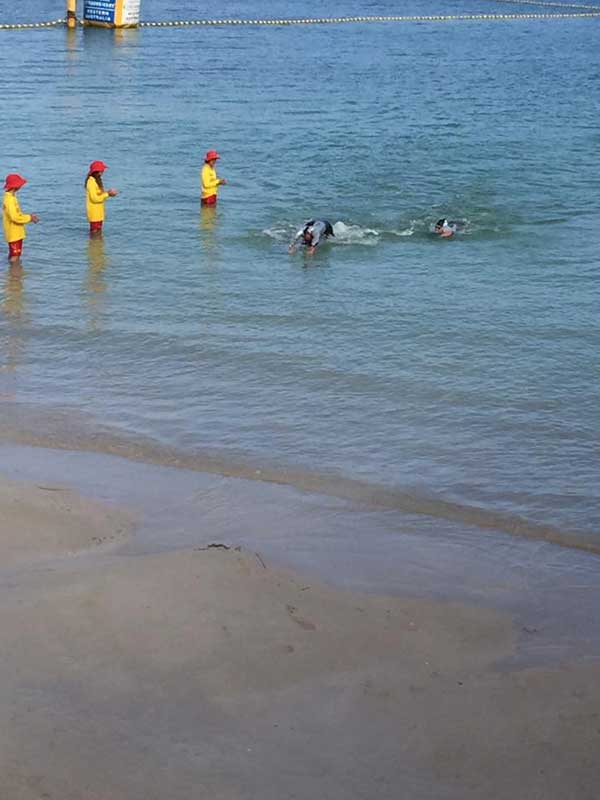 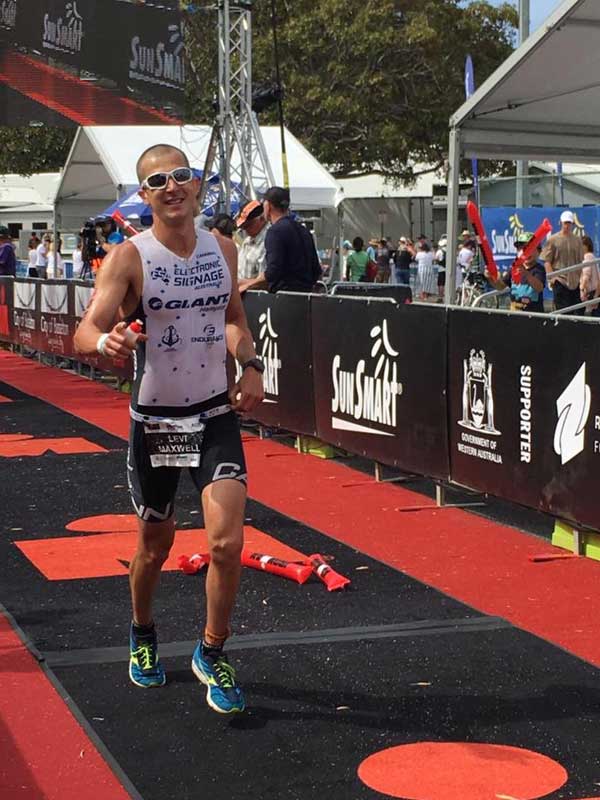 Onto the run, I was defiantly feeling the full effects of the work done on the bike. My back was killing me, my gut and ribs hurt, I was simply suffering for the first 10k of the run. On top of this pain, one of my gel flasks wasn’t working properly and my nutrition was leaking out the sides and I wasn’t getting the full amount in. But I didn’t stress about it, I just got in what I could and tried to supplement what I could safely use from what the course nutrition had to offer.

I knew I was going to have to suck it up and get through the rut I was in and stick to my guns. Lucky on this occasion it was paying off and things were starting to turn around and I was feeling reasonable again. I think the crowd support was a major contributor to this. I was amazed by how many people were cheering my name and positive feedback. I am sorry if I didn’t give you anything at the time, I was in the hurt locker zone. But know that I heard and very much appreciated it!

Something will always not go to plan during an ironman event. It is very rare anyone can execute the perfect race. You just need to stay positive and calm and do your best to overcome these and minimize the effect they may have on your overall performance.

This race, although was my fastest it was also a harsh reality check of what it takes to be a professional triathlete. It is just so competitive in every aspect. There is much work to be done.

Thank you to the Ironman WA staff and volunteers who put on a fantastic and to everyone who wished me luck and cheered for me on race day. I was overwhelmed by the support.

I am now going to have a few weeks off over X mas and make a plan for the coming year.

As always I am very grateful to the following people for believing in me: